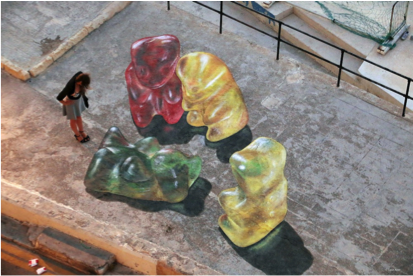 You’ve barely digested all that Halloween candy when you start to see the signs. The decorations already line every retail store in America. The music starts infiltrating your favorite radio station. Your eggnog-loving friend is already getting jolly. Slowly you realize, despite the fact that it’s still early November, Christmas is coming.

The holiday season is notorious for also being advertising season, for obvious reasons. The need for gifts elicits the need for good ads. Some brands fall into the endless abyss of Christmas consumer clutter, and some excel. Throughout the holidays, sentimentality often reigns as a key emotion most ads reflect. Ads that pull at heartstrings are likely to get a reaction from viewers. Don’t believe me? Watch the 2015 ad spot from John Lewis, a British retailer that’s infamous for their emotional holiday ads. The highly anticipated seasonal ad was released the first week of November and sparked massive emotional reactions from online viewers (and a hilarious Star Wars parody).

But you have to wonder: in a world breaking from so many cultural traditions, how much longer can sentimentality be truly effective? Even Hallmark, the company that essentially invented sentimentality, released a series of ad spots focusing on more untraditional holiday happenings. One of them features a very sassy grandma. They are hilariously heartwarming and I’d highly recommend watching all of them.

With the ever-expanding world of social media and brand involvement, more companies are trying to portray themselves as relatable and personable to their customers. In a realistic universe, there is never a truly ‘perfect’ family or ‘perfect’ Christmas, as older ads might portray. Some brands are accepting this truth and adapting to make their messages stand out. For more ad spots that resonate with this new holiday philosophy, check out this article from Ad Age.