At the beginning of October each year, Alaska’s Katmai National Park and Preserve ranks the fattest bears at Brooks River Falls, a popular fishing hole for large brown bears to catch savory salmon and grow gargantuanly until they begin their sleepy winter hibernation slumber. Since 2014, the park has created the official bracket for the tournament, and their fans vote for them on Facebook.

While it was certainly popular on the park’s Facebook page and had a respectable following, 2020 threw the accelerant on the already growing popularity. According to explore.org, 646,282 votes were cast for the most rotund bear in 2020, with 113 articles written about the event and a whopping 2.5 million bear cam views (which you should definitely check out, especially the highlights.)

How exactly did Fat Bear Week go viral in 2020? I watched it happen in real-time: as hype grew for the impending week of walloping bears, fans of Katmai’s Facebook Page saw an opportunity to spread a little bit of fun in the middle of a global pandemic, when the entire country was stuck inside with nothing but a screen to access the friends they miss in the time of 2020.

I watched as people started their own bracket groups, and put money in a pot to be donated to the winners’ nonprofits of choice, raising more than $5,000 to benefit nonprofits across the country like Trees That Feed, Student Emergency Funds, and local homeless shelters.

I saw friends get in passionate debates about the merits of each bear as they campaigned for their favorite – Otis, an elder that should be respected, next to Holly, a mom bulking up to feed another bear during her hibernation. My personal favorite bear, 747, was this year’s champion, and while the contest is closed, the bear trash talking, meme sharing, and smile-inducing photos of chubby bears brings a little bit of joy to my Facebook feed throughout the year. 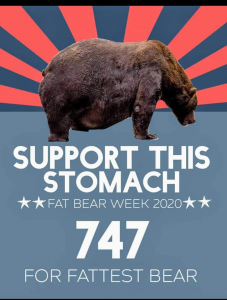 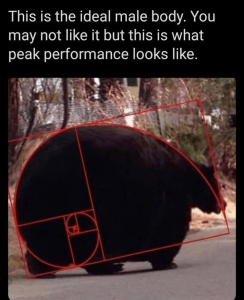 Katmai National Park and Preserve also took the smart step to move their voting system from counting Facebook likes to explore.org, where anyone can vote by clicking a button (with a quick email confirmation). That addition allowed the competition to step outside of Facebook, and garner more attention from bear fans around the globe.

No matter the bear that won this year, Katmai National Park and Preserve came out as the true winner. Fat Bear Week was covered by outlets varying from the Idaho Statesman to NPR to Forbes with an incredibly engaged social media following that they will benefit from for years to come.