Apple’s Chief of Acquisitions, Adrian Perica, has been traveling the world looking for new technologies, and everyone is trying to guess at what Apple’s next big expansion project will be.

Many sites such as Mac Rumors are dedicated to predicting Apple’s next move. Other outlets such as the San Francisco Chronicle reported that Apple is now looking to branch into the healthcare and car industries. They cite a source that claims Perica met with Tesla Motor’s CEO at Apple headquarters, and is in talks to acquire the electric car company.

The newspaper also claims to have learned that Apple will take another big leap to expand into the healthcare industry. Rumors have already circulated about a possible health book app that will be available with new iPhones. It is rumored the app will use sensors to track blood pressure, glucose levels and heart rate. But Apple is thinking bigger. In addition, the San Francisco Chronicle writes, “Apple is exploring ways to measure noise ‘turbulence’ as it applies to blood flow. The company wants to develop software and sensors that can predict heart attacks by identifying the sounds blood makes as it moves through an artery clogged with plaque.”

Fueling these rumors, German investment banking analyst Adnaan Ahmad wrote an open letter to Apple encouraging them to acquire the electric car company, claiming that this move could only benefit Apple, “The auto industry is going through a technological discontinuity in its shift to hybrid and electric vehicles. This is still in its very early innings. Apple needs know-how (technology, platform strategy and dealer network) in this space and hence I propose that you should buy Tesla.”

The move away from consumer electronics and into these other huge industries is risky. If the rumors prove true will Apple be able bring their dedicated followers with them into these new industries? 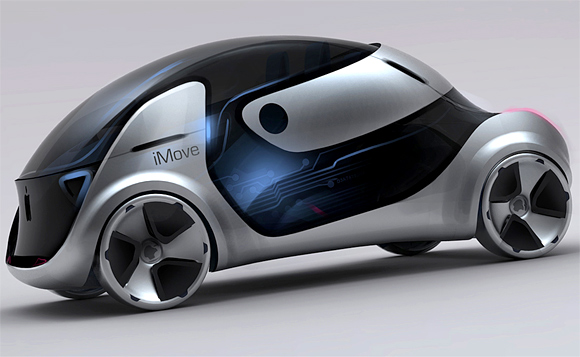