Have you heard about “50 Shades of Grey?” Of course you have. The salacious novel burst onto best seller lists in 2012 and has since spun off everything from sexy hotel packages to a controversially-cast movie currently in development.

But are you ready for the official “50 Shades” wine? The trilogy’s author thinks you are, and recently introduced the suggestively-named “Red Satin” and “White Silk” blends for anyone who wants to imagine themselves on an Ana and Christian-inspired date.

How about the official Downton Abbey jewelry line? The early 20th century British drama has hordes of fans, many of whom will happily spend money on jewelry inspired by the sumptuously dressed characters of Downton.
That got me thinking about some marketing tie-ins that I think would be kind of awesome:

1. Ghostbusters backpack. Remember the proton pack worn by the intrepid crew who captured poltergeists and spirits? The beloved classic enjoyed a resurgence last year when it was re-released to celebrate its 25th anniversary. And I, for one, think a backpack that resembles the proton pack would be pretty awesome. Especially if it had a flamethrower.

2. Snoopy toaster. I have the Snoopy sno-cone maker, and frankly, it’s really a disappointment. Load three ice cubes into a grinder, hand crank those cubes for roughly four hours (or until blisters form), and get yourself a thimble-full of shaved ice to pour some Kool-Aid over the top of. BUT, I think the Snoopy toaster could be kind of inspired. Remember that iconic scene of Snoopy making toast in the Thanksgiving special? It was perfectly browned, and shot out of the toaster with some grace.

3. Fizbo the clown costume. I do not like clowns. Lots of people say this. But I really, really dislike clowns. The one exception is Modern Family’s Cameron, who sometimes plays a clown called Fizbo. And it. Is. Funny.

That’s my list, which I’ll be adding to in the coming days. What marketing tie-ins do you want to see on store shelves? 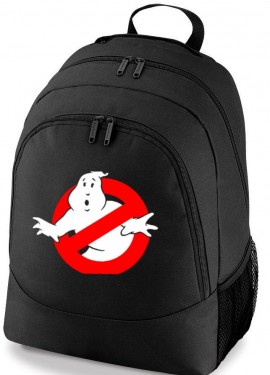