Ah, SeaWorld:  America’s aquarium answer to Disney World. With locations in Florida, California and Texas, SeaWorld hosts millions of visitors annually who swarm to the parks to enjoy roller coasters, feeding rays and dolphins, and getting very close – and sometimes very wet – at their premier attractions: the killer whale shows.

SeaWorld has a history of some controversy, much of it related to whether animals as large and intelligent as orcas and dolphins should be held in captivity and trained for our entertainment. The controversy reached a crescendo in 2010 when a killer whale trainer was drowned by Tilikum, not only one of the largest orcas in captivity, but one that has been involved in the deaths of three people.

SeaWorld indicated the death of senior trainer Dawn Brancheau was due to her error. A documentary film was subsequently inspired by the controversy. Blackfish was released in 2013, premiering in the U.S. at the Sundance Film Festival. It includes interviews with former SeaWorld trainers, biologists and people who have captured killer whales in the wild for captivity, and it focuses on whether killer whales have a place at places like SeaWorld.

The months that followed the film have been some of SeaWorld’s darkest. Websites like seaworldofhurt.com emerged, alleging mistreatment of animals and endangerment of employees at the parks. SeaWorld lost an appeal that found the company responsible for the trainer’s death. A California state lawmaker introduced a bill that would prohibit SeaWorld San Diego from using killer whales in its shows.

The company is coming out swinging, launching the SeaWorld Truth Team. The public is invited to join the team and share SeaWorld’s perspective online and via social media. In a newly-developed section of their website SeaWorld details inaccuracies in “Blackfish,” explains their conservation and education efforts and their treatment of trainers and whales.

The stakes are high. Twenty-four million people visited SeaWorld parks in 2012. The company says they’ve rescued or rehabilitated 23,000 animals since 1964. Revenue in 2012 exceeded $1.4 billion for the publicly-held company.

Will the Truth Team be enough? It’s too early to know. But it’s interesting to watch two very slick public relations campaigns unfold. 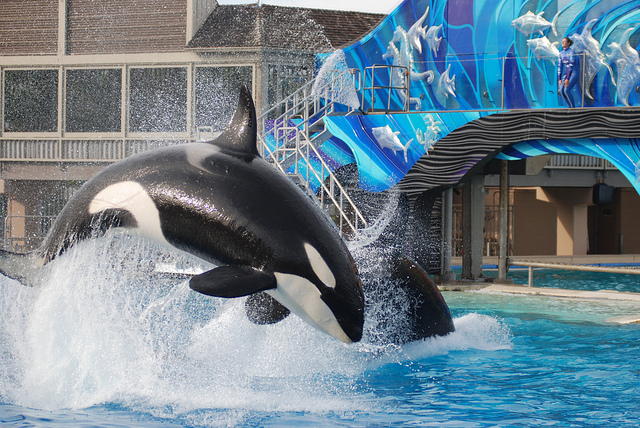