Two weeks ago, we published Part One of this blog: a deep look into what went into the rebrand of our Twitter account – why we did it, how we did it, and our goals for the long run. In Part Two, we look at the results and analytics of the rebrand more than a year later. Let’s dive in.

So… how’s it looking so far?

All of a sudden, our tweets went from looking like this: 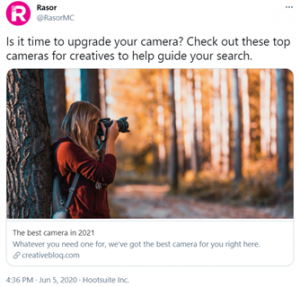 Here are a few of our favorites in the rebrand so far:

Let’s take a look at some of the analytics: the engagement rate each quarter has consistently been 300% higher than before the rebrand, with the impressions and profile visits soaring as well. When we look at overall engagement, that’s where the biggest difference comes into play: the total number of replies, retweets and likes shot up over 700% the following three months after the rebrand. The number has since decreased but continues to be several multiples higher when compared to before the rebrand.

We stopped faithfully tweeting five days a week and were very intentional with when and what we put out – we didn’t want to push content out just to put it out there. That meant our number of overall tweets actually decreased, but that didn’t bring any worries because our numbers continued to rise.

The more I monitor and review content/replies/engagements, the better our numbers were. This goes to show that social media management isn’t something that should be taken lightly or swept under the rug – if you want consistent results, you need consistent hard work and discipline. Preparing and creating content is a never-ending process, but it’s rewarded in the end.

Looking at it now (just over a year after the rebrand), the enthusiasm and novelty has certainly worn off, but we continue to have engagement numbers much higher than before the rebrand – which was our goal in the beginning.