By Erika Turan, APR, Senior Account Executive
I went to the New Kids on the Block concert a few weeks ago, I confess, somewhat sheepishly. And you know what? It was a blast. Like ‘em or not, Joey, Donnie, Jordan, Jonathan and Danny can sing and dance pretty darn well.

There were pyrotechnics, the stage rose up to dizzying heights and the fellas did respectable covers of George Michael’s “Faith” and Prince’s “Kiss.”

It was all well and good to see these men who were so popular circa 1992 as boyish pinups in junior high lockers and featured on the cover of “Tiger Beat” magazine. The most surprising part of the concert? The sexification of NKOTB.

Working at a Cincinnati marketing agency, I pay attention to different marketing and advertising tactics. It can be interesting to think about how sex is used to sell products. And with certain pop stars, it would be an absolutely safe assumption to presume that their concerts would just be drippy with sexy stuff (think Madonna or Britney Spears). But NKOTB?

It was obvious the members of NKOTB have spent a lot of time and effort getting themselves in shape, and they weren’t hesitant to share with all of us. Abs and pecs were on display everywhere. Donnie got down on all fours and made out with an unsuspecting woman in the front row. They tore off their shirts and did a lot of grinding.

My friend and I laughed so hard we were crying. It was just so…unexpected. These were the clean-cut boys from Boston who sang about first love and holding hands. http://www.youtube.com/watch?v=mQdb1fGKoho

But we may have been in the minority. The thousands of women who surrounded us at the concert seemed to love it, and showed it with the same ear-piercing screams you’d find at a One Direction concert (and by tossing their bras on stage).
When I brought it up at work the next day, a co-worker wondered if NKOTB’s management had done research to find that as their fans grew from teeny boppers to forty-something moms, those fans would want a little more at their concerts.
What do you think? And in case you’re wondering, here’s a little bit of what that concert looked like: http://www.youtube.com/watch?v=-4jUkVjYkCc. 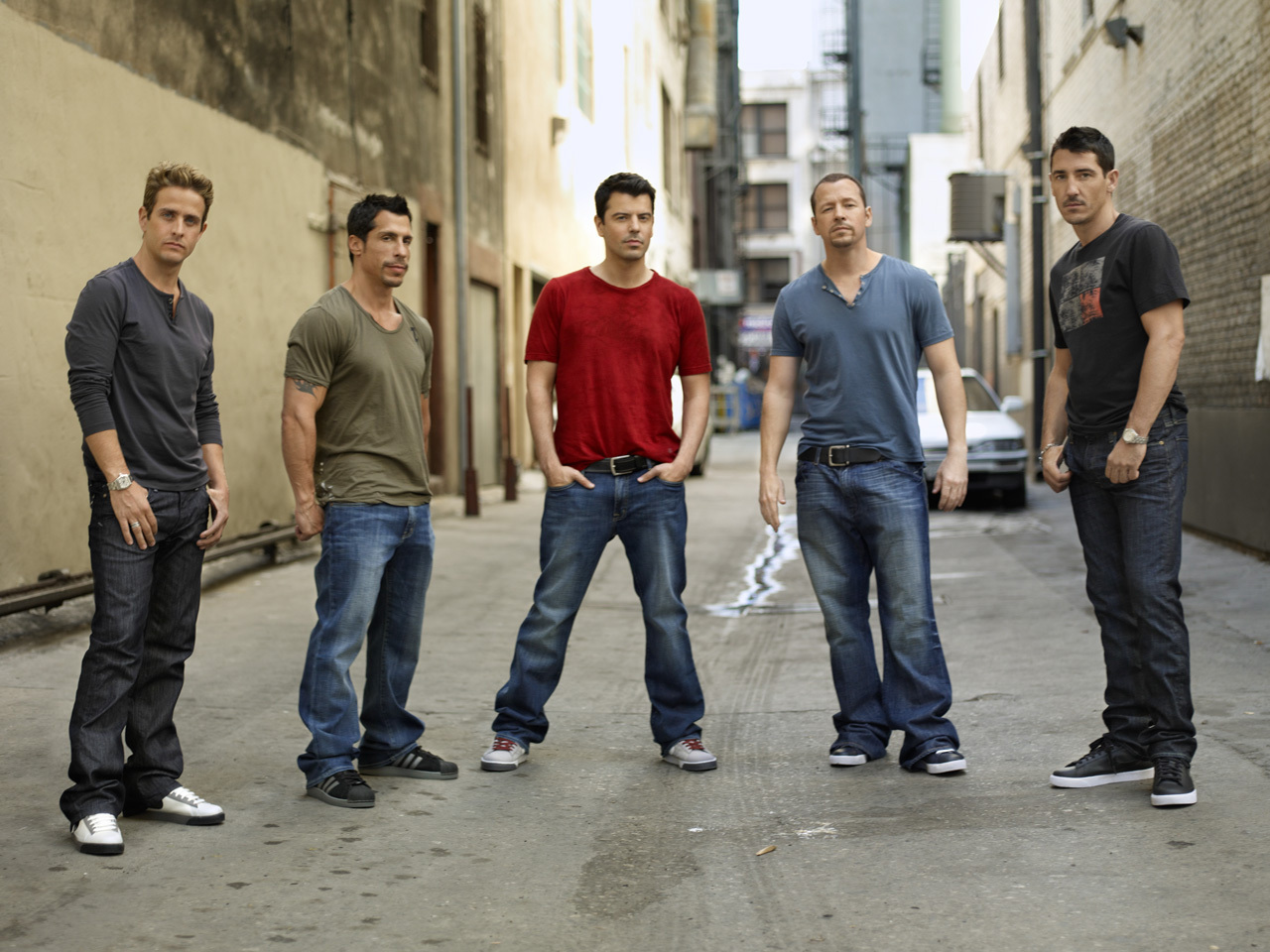