I have a close friend, Erin, whose husband, Jon, is a professional chef. Purely by chance, by the way. Despite my love of food and cooking, I didn’t actively seek her out or anything stalker-ish like that. Swear. In reality, we first met because her parents used to live next door to us but then they moved to Anderson. They said they wanted to “move closer to their grandchildren” and wanted something “with less up keep,” but I know it was because our sweet, old dog, K.D., kept pooping in their side yard right next to their carved, craft-show “No S*#t” sign,  despite K.D. being able to read really, really well. She was a rebel.  Anyway, I digress.

Ok, so Jon is a chef, Erin and I are good friends and I’m their daughter’s Godmother. Given that, you probably assume we get together a lot for professional chef-prepared gourmet dinners complete with wine pairings at each other’s homes on the weekends while our children play quietly in the background and we clink glasses merrily, right? Not exactly. With four children, four dogs and four careers between us, that’s not how our weekends look. Yet. But I haven’t (completely) given up hope that our social lives may someday more closely resemble The Great Gatsby and less Lord of the Flies.

So, when Erin invited me to a Chef’s Table dinner event presented by Jon, the executive chef at Mick & Mack’s Contemporary Café on the University of Cincinnati campus recently, I was really excited to experience Jon’s talent first hand.

The theme was Levantine-inspired food. Think hummus, Baba Ganoujh, falafel, garlic and lemon chicken and baklava– all made from scratch. The food was (not surprisingly) incredible and at $20 a head for a three course dinner and wine flight it was also a BARGAIN. My type of event.  Also? We were sent home with copies of the recipes! Win/Win!

However, what I didn’t expect was that Jon would get up in front of the crowd (that night there were about 60-70 attendees) to introduce the course and share his tips and secrets for preparing the food at home. He was a natural. Or so I thought until I told Erin how impressed I was and she said it’s the part of these types of events he likes least and that he has taken FIVE public speaking courses over time to ensure he would “get it right.” Well, it paid off.  Jon’s public speaking persona is perfect- approachable, pleasant, down-to-earth and relaxed with a bit of humor to make everyone comfortable.

So, dear readers, I encourage you to do two things:
A) If and when you find yourself having to do any public speaking, remember to: rehearse, relate and relax. The rest will place into place.
B) Check out the Chef’s Table and/or Monthly Wine Tastings at UC- you’ll be glad you did. 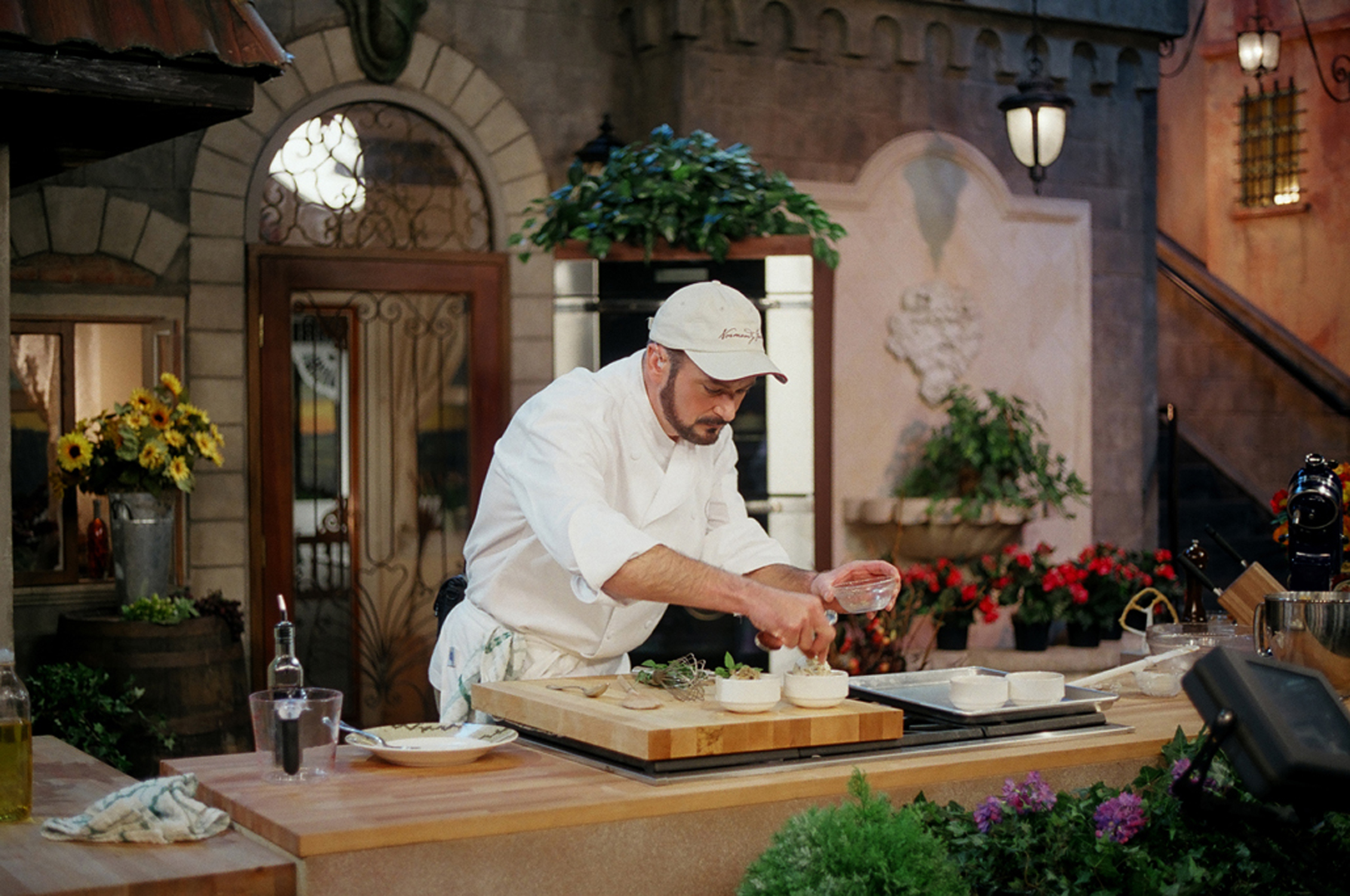