You may have noticed that your Facebook newsfeed looks a little different these days. So long Farmville requests and bye-bye daily horoscopes. Recently, users have flooded news feeds with comic strip status updates using an app called Bitstrips.  This app lets the user create their own avatar and post their own real life adventures through comic strips.

Bitstrips has been around since 2008, but the app didn’t go mobile until this fall, making it accessible and easy to use on the go. This ease of use has clearly contributed to its success. So why is the app spreading like wildfire?  As a Cincinnati public relations firm, we work to stay on top of these trends, and came up with a few reasons why. In a sense this app allows users to add another layer to the usual mundane status updates. Sure users can post pictures along with a status of where they are having lunch that day, but now they can say it all with a picture! Adding to the fun, users get to create avatars in their likeness with funky costumes and outfits.

As quickly as this app is spreading, so has the movement to stop it. As many Bitstrips have been posted, so have links to articles on how to block the comics from your newsfeed, threats to defriend anyone using the app, and angry comments about the app. The annoyance may be due to the fact that there is nothing clever, or interesting about the comics. This is pure self-obsession. Why does anyone want to see a comic of the user going to the gym? It may be entertaining to the user, but no one else really cares. And because Bitstrips allows users to create funny avatars of their friends, many of the comic strips also contain inside jokes that only apply to the people in.  No one wants to see their newsfeed clogged with comics that two people think are funny, when no one else gets the joke.

Users are clearly enjoying the app as it is currently one of the top downloaded apps, with over 11 million downloads. So feel free to participate!  Just don’t be surprised if you suddenly find your number of friends had dwindled. 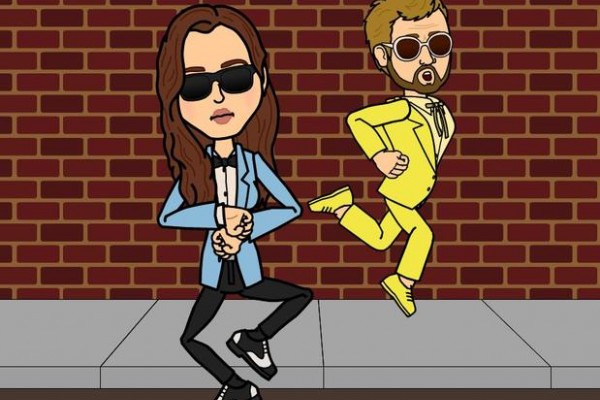